Mz Muze walks on the darkside

“Hello darkness my old friend, I come to talk with you again!” she said as she sat perched at the usual place 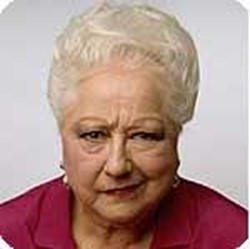 on the top of the monitor.

“If that is your best inspiration, I might as well hang up the idea of ever becoming a writer.” I shot back “You’ve put on some weight since your last visit. It is time to retire that tweed skirt.” I continued, noticing that she still wore that too short, too tight, too dated and too shopworn tweed skirt. And that hideous pink Rayon blouse! I wondered if she pillaged a Goodwill store for it.

“As lazy as you are, you would never make the grade anyway. Writers …”

” … write, that’s what they do. Yeah, yeah. You said that before.” I snarled in annoyance.

“It’s my job. And besides, I like this skirt.” she pouted, and crossed her legs, revealing the tops of her hose and the cottage cheese whiteness above the garter bands.

I averted my eyes as I sensed that I was on a roll, and kept going, “Well, you aren’t doing your job very well. Your inspirations are just as dated as you wardrobe. And garter belts went out three generations ago.”

She waved off my assault with a casual wrist. “I see you dug out ‘Shaman in the Sagebrush‘. You plan on doing any work with it?”

“No, not really. I got it out to show an old friend what my life was like during the mid-60’s. I like the story, but I don’t think it is a salable piece, so I keep it parked on a long ignored blog site.”

“What about ‘Akashaic‘?” she asked.

Yeah. Like she didn’t already know. “I lost control of it again. It has become too big and too cumbersome. I think I will move it to the back stack to show people how not to write a tale. How about a new idea?” I asked hopefully.

She stretched and yawned, then answered. “I am too tired right now. I spent the night consoling Carla’s muse after you so rudely dispatched me to her. When did you get the idea that I was your errand fairy?”

“Well, my friend was stuck, and wanted to get back into her poetry, but her first attempt failed. I thought maybe you could jump start her muse. Besides, you haven’t been all that helpful to me lately.”

“Maybe I would be more helpful if you weren’t roaring about with that huge chip on your shoulders! You spend all your time fighting liberals on the newspaper feeds. Perhaps if you spent as much time writing tales as you did attacking care-more-than-thee and feel-more-than-thee crowd, you would get some serious work done!”

She scored a hit on me. “Yeah. That has been bothering me. I am too old for crusades. The will to fight has left, and all I do now is make them bleed a little. Liberals do bleeding very well. And some of the ideas I have in my head right now is too brutal for my tender-hearted audience. Dark have been my dreams, lately.”

“Stealing lines from Tolkien, now? Well, write your dreams for someone else!” she admonished.

I mumbled. “I have a lot of friends who say they would like to see that material. But I don’t think any of them are ready to walk that close to the edge of primal cravings. As I said, dark.”

“Use a lot of metaphors and innuendo’s. You seem to be good at that. Maybe a bit too good.” She sniffed.

“I dunno. Some things really are unutterable.”

“Well, give me a little time to work on your libidinousness. Maybe we can hammer out a compromise.” she said encouragingly, albeit a little Tom Swifty.

“You sure you want to go there?”

“Not in that outfit.”