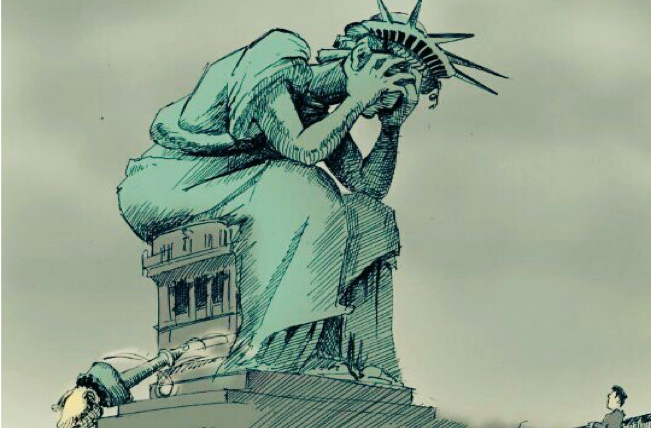 For some odd reason I drifted off into melancholia this evening.  I don’t suppose the huge bag of wrapped chocolate bars had much to do with it, however.  Earlier I was chatting with a friend who just loathes the current President, and cares not a whit that the employment picture is so rosy for so many people.

My friend has always lived off the labor of others.  She lived with her parents until she got pregnant by Mr. Curledhertoes, but he wasn’t really very good hubby material.  The State stepped in and kept her going for a few years with child support payments, and a couple of other pregnancies by itinerant boyfriends kept her alive for even a bit longer.

But now, one child is repeating mothers irresponsibility, one is serving out a ten year prison sentence, and one is a crack … hell … I can’t say it.  I like the kid.  But her life is a gawdawful mess of sleeze and failure.  But mother goes to Pride parades, and beams with pride at attending wimmen’s ‘rights’ events, and calls it freedom.  And rights.  And liberty.  And freedom from the bondage of men.

I asked her offhandedly if she knew what liberty was.  She said it was freedom won at the hands of the patriots.  And she should know.  She is a Patriots fan and can name all the players for the last 20 years.  But she doesn’t know jack about small p patriots.  I gave up trying to convince her that she in fact was not free.  Not at least in any term the Founders would have considered free.

Her family was much like mine, and had survived the Dust Bowl, Great Depression, two world wars and the devastation of families in the aftermath.  Her grandfather would have snorted at her neediness, just has mine would have.  Pops greatest insult was “So you think the world owes you a living?”.  To be beholden to people was the same as being in bondage to them. But I think we may have left that ethic back in the dust somewhere.

To them, freedom is just the right to say fuck any time you want.  And liberty? Maybe it is sort of like freedom to them.  They sure don’t understand any classic definition of the term.

So now my friend is oppressed by the government because now that her kids are grown, she has no skills and has to work as an elementary teaching aid and supplements her meager income by working as a stocker at a Dollar Store. She is also active with some organization that insists that everyone be paid $15 bucks an hour in addition to her Pride and women’s events, but feels she should be supported by the government for her sacrifice as a mother.

She catches me online a few times a month, and I listen to her go on and on about the unfairness of it all.  I wonder if she really ever took any responsibility for her kids failures.  She talks about them a lot, and tells me what a good mother she was to them, and how men just don’t appreciate women like her who can love so intensely.

I find myself wondering if she is representative of the new population, and think maybe we really aren’t worth saving …

One thought on “Liberty? Isn’t that like a statue or something?”

I got a friend something like that…if you can really call them a friend per se…its not like they can give you anything, nor would you want them to…!