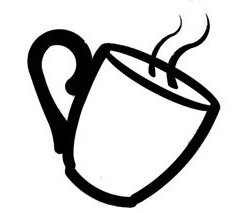 Woke luxuriously late this morning. Don’t know why neither the mutts nor Mr Bladder decided to leave me alone, but it was a nice break in the morning routine. We have an actual sunrise this morning, albeit a chilly 54°, so I’ll observe it through the double pane windows. Bluegrass boogie woogie on the puck this morning. The bird loves it, of course, but it disrupts my slow waking routine of coffee sipping and low-grade musing.

I had hoped to hear of an arrest of the incompetent Florida mail bomber, but so far nothing. Not surprising though. I still smell political stunt. The media pack has apparently left the immigrant parade in Mexico to cover the bombing and huffing left wing outrage over the right causing the bombings, completely ignoring their role in the rancor. Of course.

Today is voting day for us. Snooks already has a shopping itinerary laid out since we’ll be in town anyway. But I suppose one trip to town a month isn’t going to kill me, will it? I dunno. I am pretty frail these days. But it won’t be until after lunch. I have found late afternoons the best way to avoid crowds in this land of early-risers. They have their chores done before 10:00 am … but I am a yankee, so they don’t have real high expectations for me.

So a groggy good morning to y’all!

I was up at 3 to make up for your slacking….enjoy the day

You effort is much appreciated … hope you get to bed early …

Yeah. Shopping with Snookums is a trial by fire. She hates going to town too, so she packs everything into one miserable trip …

I do that too. It’s 26 miles one way to shop and I hate doing that on weekends. I do it after work.

Stop ruining my image of you as a big strong virile hunk of a man!!! Glad you got a good night’s sleep, but I said that already over there somewhere lol.
Hmmph, how do they know where those packages came from if there was no postmark?? I saw a video clip of some yahoo commentator on NBC say that he thought the Russians might have had a hand in it. And yes, he was serious 🙄🙄🙄🙄 I sometimes wonder what friggin planet I have landed on. The crazy train planet or something…

Watching a video clip of them loading his van on a tow truck. They covered the stickers in his window so that no one can read them. Wonder why?

THey were probably Hillary for President stickers lmao. I was out this morning so didn’t know they had arrested anyone. He was arrested way down there in Democrat country …

You’re a Yankee? Why was I always thinking you were a died in the wool southerner?

To a Texan, everyone who is not from Texas is a Yankee. If they come with a U-Haul, they are a damn Yankee. Both sides of my family were all Texans, but because I am from Colorado, I am not only a Yankee, but also a Northerner … and of course I came with a U-Haul when I retired, so … I am a damn yankee …