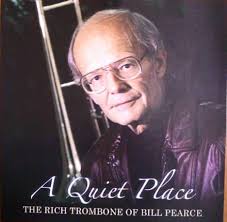 Oddly today I searched for a name on facebook that I hadn’t heard from in nearly half a century.  Bill Pearce, a radio broadcaster who aired a nightly program called Night Sounds.  He played music, some that he accompanied on trombone, and others that he just liked.  With a rich bass voice, he would talk to his audience as if they were mature adults and not beginning believers.

My beginning years were more like the before picture than the after picture.  I struggled mightily to be good, but truthfully, there wasn’t much goodness or kindness in me at that point.  I was in pure survival mode, and some of the simplest elements of day to day living always seemed to lay light years beyond my grasp.

From then until now, mentors have arisen just when I needed them to guide me until I regained solid ground.  Many of them were not what you would call mentor material.  One was an advertising executive that chucked it all to become a subsistence level farmer.  Another was an ex football jock that took one too many hits to the head, and spent his life staying just ahead of the law with his schemes to get rich.  Another was a big uneducated Irish drunk who drove a cab.  Another was an ex campus radical from the free speech movement.  And the last one was a genuine rocket scientist and an elder in a congregation.

Today I function without that level of day to day guidance.  I can deal with bureaucrats, barely.  I can sit through a crisis.  I can guide others in the same way I was guided.

But this one really brought it back home.  Yeah.  I have come a long way from those dismal days.  There are a few people who even like me.

But it was Bill Pearce who taught me that you didn’t need to cite chapter and verse when you are citing scripture.  Most believers have read those words, and while they may not be able to exactly pin point them, they have heard them.  To this day, I refuse to memorize the verse numbers or even books.  It isn’t necessary to someone who had read scriptures, and it is unnecessary to someone who hasn’t.  The only ones it tickles the ears of are researchers and people wishing to show off their knowledge.

I like researchers, but the show offs, not so much.

So if you wish to converse with me on scripture, it is sufficient to say “It is written”.  Unless you really don’t care if I hear what you got to say, anyway.

Here was my comment on the Night Sounds page.  They are still broadcasting!  Here is the link.

For some unknown reason, he reached over and switched on his only real possession, an Emerson clock-radio with a mechanical/digital clock.

It was tuned to an easy listening station, and I reached over to switch to another station, but a deep male voice came from the speaker saying “If you are thinking about suicide, don’t turn the radio off.”

I almost leaped out of my skin!

That voice belonged to Bill Pearce, and he loved trombones, as I recall. His words were not condemning, nor did he talk down to me. Night after night, I arose at 1am to listen to him, and he guided me through the emptiest period of my life, and introduced me to my savior in a real way.

I don’t know what it was that made me look him up on facebook this day. I am saddened to know he is no longer here. But such is life, and he lives on courtesy of the internet.

Thank you for maintaining this page.