Laid down early tonight, but the cookies and milk didn’t set so well with me, so here I am at half ’til Midnight, rumbling stomach and nobody who likes me is online. I think my enemies are up night and day, though.

Don’t know what the neighbors kid is doing .. I hear him gunning his truck engine … he sounds like he is stuck. Since he put those sub-woofers in his ride he has been out late often. But his mama is on him like a bad smell if he comes home late at night with them going “Woomp! Womp! Womp!”. She is a hard worker at a hospital, and goes to work at 4 am., so junior only interrupts my afternoon nap as he rumbles home with the basses rattling everyone’s windowpane. 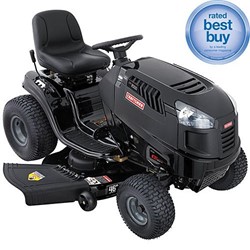 It is peaceful and quiet in the house. Annie-Annie is curled up on my daybed, Kippur the Budgie alternately naps and watches me from his perch, and only the sound of my hard drive pushes into the early night stillness.

I haven’t written much over the last several days. Some days I am on, and some days it is just things that I keep in an offline journal. Sometimes I wonder what I am trying to do here at Blogster, and this is one of those times.

But I get to buy a new mower tomorrow. We figured out we can finance it and pay it off in one year, and that will be interest free. We are getting new window awnings at the same time which will really help with the summer heat.

The heat is late coming this year. It is a chilly 39° with a probability of rain tonight … I hope my newly set out tomatoes survive …

And so it goes at the Armor household. Staid. Boring. And just the way I like it.