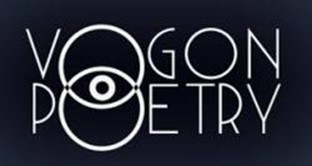 Deep, so deep in Vogan’s sea

She puts her feet in rotting brie

And rise though the bile green tea

To take another love bite of thee

The pain, the pain, I love so dear

Is not so deep to bleed the rear

But gnaws to bone above the ear

To bare my skull and bring a tear

Oh how I love thy bile green tea

That makes a mush of thee and me

And on thy rotting floors of brie

The soda crackers are smeared with chee

And makes me long for a nice long pee.

“Vogon poetry is of course, the third worst in the universe.

The second worst is that of the Azgoths of Kria. During a recitation by their poet master Grunthos the Flatulent of his poem “Ode to a Small Lump of Green Putty I Found in My Armpit One Midsummer Morning” four of his audience died of internal haemorrhaging and the president of the Mid-Galactic Arts Nobbling Council survived by gnawing one of his own legs off. Grunthos was reported to have been “disappointed” by the poem’s reception, and was about to embark on a reading of his 12-book epic entitled “My Favourite Bathtime Gurgles” when his own major intestine, in a desperate attempt to save humanity, leapt straight up through his neck and throttled his brain.
The very worst poetry of all perished along with its creator, Paul Neil Milne Johnstone of Redbridge, in the destruction of the planet Earth. Vogon poetry is mild by comparison.”

― Douglas Adams, The Hitchhiker’s Guide to the Galaxy