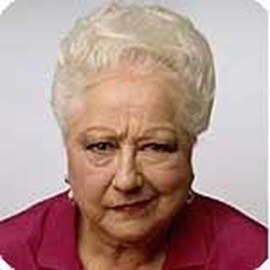 I was just sitting back in my chair listening to talk radio and my ever present budgie, Kippur when I saw her sitting on top of my monitor, chubby legs daintily crossed at the knees, and cottage cheese squeezing out at the garter bands of her old-style nylons.

“That cheesecake pose went out in 1920 along with that skirt you are wearing.” I snarled. “Where have you been? I have been sitting here for a week and all I have been able to crank out is the coffee is good journals.”

She snapped back, “Maybe if you stopped downing all that codeine, I could get a word in past that chunk of chedder you have for brains, Hemmingway.”

“I’ve been sick.” I sniffed back, averting my eyes as she uncrossed her legs and tugged the ratty tweed skirt down in a vain attempt to cover her knees.

“You have been out of the hospital a week and a half. You know damned well you don’t need the pain pills. You are just taking them because you like being stupefied. You’re just an over-the-hill, bald-headed hippie anyway. Maybe it would be a good time to actually write something worthwhile before the crematorium turns you into cinders.” She spitefully retorted.

“I can’t write when my soul is unquiet. I am upset with the hopey-changers and this disaster in social engineering that they have foisted off on people.” I whined back. “I have been thinking of getting back into political pieces.”

“If your soul got any quieter, the coroner would be writing out your final ticket. Seriously, you really need to start working on something other than social journaling, but I am not sure that politics are your forte’.”

“I can’t seem to maintain any sort of interest in my stories. After I get to know the characters, I lose all further interest in them.” I bleated.

“Yes, writing is work, Maynard. Cross checking and rewriting are all a part of the mix. It isn’t all beer and skittles, you know.”

“Skittles means something different these days than it did in your day. Men haven’t played skittles in æons. Skittles are sweet candies that the boys in the hood visit convenience stores in suburban neighborhoods to buy. Get a new bromide.”

“The point is, Daniel Webster, that writing is mostly perspiration, and very little inspiration. You haven’t sweated since the last letter you got from the IRS. Where you at with Akashaic?”

“Do you ever weary of old clichés? Akashaic is kind of a dead horse right now. I had too much of my old middle aged sexual fantasies in it. Now that I am a … *ahem!* … golden ager, the basis of the tale seems to be a little trite. It needs a major rethinking.”

“Well, rethink it.” She said, unsuccessfully trying to smooth out the button gap in her cheap blouse.

“Actually, I have revisited it. It will be a total rewrite if I do. I drug out some old drawings I had made of the castle in light of the new thinking, and maybe I can salvage the tale. But for the moment, I have a number of unfulfilled promises to catch up on before setting down to seriously re-craft it.”

“You always have an excuse ready, don’t you?” She snapped.

“And you are as unhelpful as ever, aren’t you!” I shot back.

This entry was posted in Journal and tagged Mz Muze.