Shaman in the Sagebrush. A shift in fate …

“I’m sure I must have sounded like a fool and a borderline psychotic most of that year, when I talked to people who thought they knew who and where they were at the time … but looking back, I see that if I wasn’t Right, at least I wasn’t Wrong, and in that context I was forced to learn from my confusion … which took awhile, and there’s still no proof that what I finally learned was Right, but there’s not a hell of a lot of evidence to show that I’m Wrong either.”
― Hunter S. Thompson, Fear and Loathing in America: The Brutal Odyssey of an Outlaw Journalist, 1968-1976 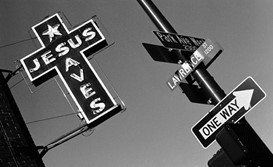 I was carrying a bucket of oats to a back pasture, but had to cross two adjacent pastures with mean bulls in them. I remember reasoning that I would walk along the fence line, and if the bull charged, I could hop across the fence to the other pasture. I was a little frightened, but not so terror stricken that I could not cross. I managed to traverse the fields without incident.

In the back pasture, there were three non-descript horses, and for some odd reason, I was frightened. But being a farm boy, I was not going to let a damned horse scare me, and I determinedly walk to a feed trough under a cottonwood tree to dump the bucket of oats. The horses were a few feet beyond the trough, and as I neared them, they turned their backs to me to kick me. I panicked, dropped the feed bucket and ran to the safety of the other pasture.

One of the horses looked back at me and said menacingly: “Don’t ever try that again!”

I woke with a pounding heart. Ben, the medicine man, was off on a toot, and I was alone in our camp in the sagebrush. Dawn was just breaking, and my soul was not quiet. The night before, I had received a warning from another Brujo to not go to Denver. That was odd, because I had no such plan in mind, so I just dismissed it.

I fanned the fire back into life just as the sun broke over Magic Mountain, a name that some of the locals had given to the Mountain behind the Taos Pueblo. Artisans felt that it had some pull on them, and perhaps it did. I know that most of us believed we wouldn’t leave until the mountain dismissed us. With the passing of years, I believe that was true, but that I had another calling other than Brujo, and the two callings were at war with each other.

One path had all the comforts of knowledge and power, albeit a bit dusty comfort, and the other was a walk into sere, friendless landscape. I thought I had chosen the life of a Brujo, but the Fates had moved my thread in the Tapistry of Life, and three weeks later I woke on Lawrence Street in Denver, broke and not knowing how I had made the seven hour trip.

A rose colored neon cross flashed “Jesus Saves” above me. A place of refuge on a mean street. I needed a place to sleep where I wouldn’t get my head kicked in. Father Woody sat up on what had once been a stage, reading. People were sleeping in the aisles and wooden pews. I found an empty spot in a pew near the front, and went to sleep in my new land.

This work is licensed under the Creative Commons Attribution-NonCommercial 4.0 International License. To view a copy of this license, visit http://creativecommons.org/licenses/by-nc/4.0/.