Mz Muze and an Amusing Harem 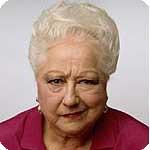 I was sitting at my workstation in peptic distress after a gourmet dinner of Chinese takeout leftovers when I noticed her perched on my monitor, dimpled knees crossed properly so that I couldn’t see past them. Some days I am just lucky.

“It has, but I haven’t been much interested in writing.” I answered ruefully.

“I see that you are working on Akashaic again. Getting bored?” She said, changing the subject.

“It seemed an interesting twist to the old formula. Boy meets girls, girls fall madly in love with boy in spite of his other six wives. Girls marry boy and all go off to live happily forever.”

“People like unusual stories, but this sounds like a middle aged man’s fantasy.” She said, cackling at her humor.

“I am no longer ‘middle aged’. I left middle age back in the dust somewhere.”

“Finally! We agree on something!” She cackled again.

“You’re not exactly a spring chicken yourself!” I snarled

“Hey! I just manufacture fantasies, Dickens, I don’t live them.”

“You are a fantasy. A figment of my fevered mind.”

“Hey, Sigmund. I am not the one talking to a woman perched on your monitor. What’s your plan on the harem additions?” She shot back, as she quickly tried to change the subject again.

“This is a wind-down section after the hero’s epic battle with one of the Eternal Guardians. He almost loses the battle, and realizes that he needs to add to his harem to increase his power. It isn’t all about great sex and fantastic orgasms. It is about the symbiotic relationship he has with his many wives who are more than wives. It also serves to introduce a new element into the epic.”

“You’ve been trying to write without me. I had to throw in the new element to keep this tome from turning into a …”

“Yeah, yeah. A middle-aged male’s sexual fantasy. Have you any more clichés that you want to pass out?”

“Yeah. You are going to need me to help clear up this multi-dimensional epic. You are getting lost in the labyrinth.” She said, once again trying to re-direct the conversation.

“I am lost, at that. I have started writing it in yWriter, ® a writing aid. It helps me organize the tale on the fly. It helps a great deal, but a functional time-line would help. The dinner at the Prime Ministers mansion really pulled this section out of the mud, and I don’t think I would have seen the need for it without the guidance of the program”

“You noticed that?” She preened. “It was one of my better thoughts!”

“Yep, Hemmingway. It was all me!” she chirped.

“It couldn’t be all you. The Library of Congress couldn’t hold all of you!” I countered, gloating at the quickness of my retorts.

“You just don’t recognize help when you get it, you ungrateful bastard. You would still be rolled up in your day bed, sucking your thumb and wishing for spring if it wasn’t for me!”

“If it wasn’t for you, I might have finished at least one stinking novel before I died.”

“Pfft! Go back and read some of your earlier stuff, Captain Trite. When I found you, you couldn’t even write a proper grocery list. All you ever wrote was stinking stuff.”

“I still can’t write a grocery list!” I replied, a little embarrassed at my ineptness at common tasks.

“Well, anyway … you got one whole chapter outlined today. Not bad, my hero.”

One thought on “Mz Muze and an Amusing Harem”

I love when you show your sense of humor 🙂