In the clearing stands a boxer

In the clearing stands a boxer,
And a fighter by his trade
And he carries the reminders
Of ev’ry glove that laid him down
And cut him till he cried out
In his anger and his shame,
“I am leaving, I am leaving.”
But the fighter still remains 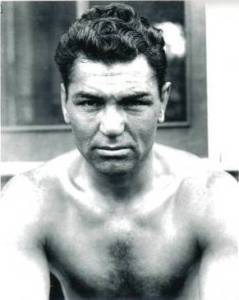 So goes the tune as I sit here by the studio window and look out on the unfolding of spring. I don’t know why, but this has been a week of introspection in my headlong rush toward doom. Thanatos’ chill breath is ever felt off my left shoulder, and it colors every effort I make. “Will it matter when I am gone?”

A few miles from where I grew up in the remote areas of the Colorado Rockies is the tiny town of Manassas. A once famous boxer by the name of Jack Dempsey was born and raised there. He was a scrapper, and so was I. It was a tough place grow up back then, but not necessarily a mean one.

He went on to become first a famous athlete, and later, a famous restaurateur in New York City. His restaurant is still there. I was too small framed to become a prizefighter, and though I had a reputation in my hometown as a scrapper, I lost about as many street fights as I won. It did not matter, however. Just having the reputation as one who would instantly resort to fists pretty much kept the bullies away.

Why plant for the future when another will come along and erase the garden to suit their vision? Few, if any, will see the treasures I hid in the soil, nor even care if they did.

And like today’s patrons who visit Jacks restaurants in New York City and New Orleans, I’ll be a byword, a mildly curious anachronism to generations to come. Will some future gardener be surprised by finding a cats-eye agate in the flowerbed? Will some distant owner marvel at the novel solution I came up with repairing a damaged foundation? Will it matter.