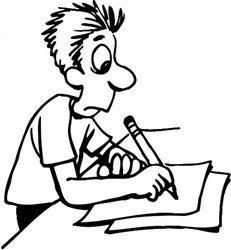 Monday dawns wet and drippy from last night’s rains. I arose early today, staggered into the kitchen to flip on the coffee maker that Snook set up yesterday, and staggered on down the long hall to the studio and await the fruit of the coffee pots wheezing and gurgling labor.

There will be no stoop setting today. It is way too damp on the lawn chairs for my delicate bottom. The weatherman says about three days of rain as tropical storm Carlos and Invest 91L pump huge rain bands into the area.

We don’t care what makes ‘em. We are just glad to get the late moisture, although those to the south of me in Austin and San Antonio are probably not so happy. More flooding is in store for them.

I see that the deadly little tin-pot dictator in North Korea executed a general for napping while he lectured. Such disrespect deserves the harshest penalty!  I wonder how he was executed. Perhaps he was eaten alive by dogs or fed alive into a wood chipper. Bleah! Maybe I won’t wonder about that after all.

Among the blogs that I follow: Life in an elephant sanctuary, a son who used to play with military toys now graduates from advanced infantry training with honors, and one is deleting and making pages in a flurry of creative re-arrangement. I’ll try to catch up with her when the smoke clears …

I have had to thin back some of my animal feeds. There is so much pain, cruelty and suffering there that I can do so little about. I deal with one canine at a time. I can’t save ‘em all.

I have started writing a little, but no grand plots are firming up yet. Maybe I’ll go to a formula format. Boy finds girl. Boy loses girl. Boy saves girl. Boy ruins it all by marrying girl.

Kipper da budgie keeps trying to get me to entertain her this morning. However, on rainy mornings I just like to listen to the dripping of the water running off the roof. Maybe a bit later, I’ll play some classical or Celtic tunes to amuse her. She accepts them, but her favorite is still 50’s rock ‘n roll. Jerry Lee Lewis is her favorite, followed by Little Richard. Nevertheless, they are a little too raucous to me to listen to on serene rainy mornings.

Out the window, the skies are lightening, the tempus is fugiting, and I must be about my daily routine.