“When that time comes, Mikha’el, the great prince who champions your people, will stand up; and there will be a time of distress unparalleled between the time they became a nation and that moment. At that time, your people will be delivered, everyone whose name is found written in the book. Many of those sleeping in the dust of the earth will awaken, some to everlasting life and some to everlasting shame and abhorrence. But those who can discern will shine like the brightness of heaven’s dome, and those who turn many to righteousness like the stars forever and ever.

But you, Dani’el, keep these words secret, and seal up the book until the time of the end. Many will rush here and there as knowledge increases.” 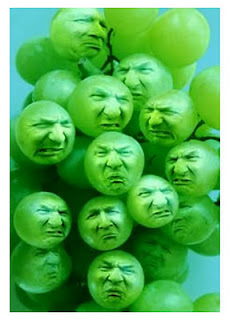 One morning you awaken, just like you have 12,786 other days in your life, and you realize that it is over with.  Men march off to war, and the old warhorse in you wants to march off with them, knowing far more about the wretchedness of war than the most vocal peacenik would ever know. Not that they really care. They are driven by fine words and platitudes.

Wages rise, wages fall. Mankind’s old discredited philosophies of government become brand new to a clueless generation. You rise up from your chair in protest, but your voice is lost in the clichés of a new movement. And you throw up your hands and sit down in bitter dissent.

But that is the way it has always been. When the klaxon sounds, will they realize the danger they are in? Not that many could tell you what a Klaxon is anymore. I suppose Klaxon’s have been replaced with a melodic chime and a calm, carefully worded virtual voice.

So I too seal up my words. Slut shaming and clichés are the tactics of the elite today, and the wise among them is purged. They can have their slogans, they can eat of their fruits, until starvation and want creep up unannounced to destroy them in one season. Who cares?

One thought on “Sour Grapes”

I’m not smart enough to comment on something this deep, but I want you to know I read it 🙂