Once again, a clean sheet of faux paper glares balefully back at me, knowing that my mind is still full of cobwebs and that I am not fully caffeinated yet.  I had a restless night of odd dreams and aching body parts until I finally arose in defeat and medicated myself into tranquility. I don’t like doing that because I miss the sunrise and sleep in late. 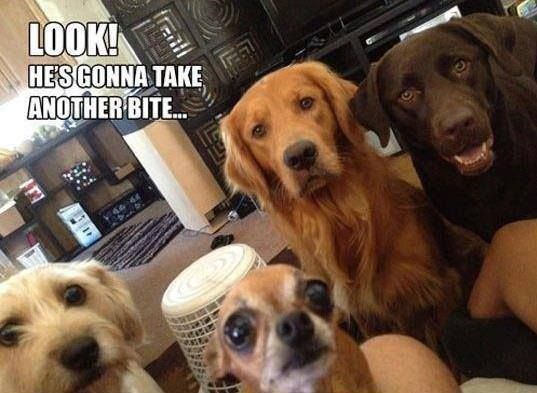 The mutts and cats were fed, the coffee brewed, the bird sufficiently annoyed and the studio blinds were opened as I staggered into the studio with coffee cup and cookies. Of course, the mutts who had been busy barking at some feline activity half a mile down the road, still heard the faint clink as the cookie jar was opened, magically appeared and followed me into the room. Beggers!

The news was predictable. A Presidential tweet offended half the population. A new ‘whistle blower’ appears on the scene since the last one was obviously a dud. There is the Ukraine this, and the Ukraine that. A mother sells a baby for dope money. More human feces in the Golden state. Rocket man Kim rattles his saber. Democrats threaten impeachment, or at least look into the looking into it procedure. Leftist polls show the President losing, right polls show him winning. Someone proves the dead were voting in Colorado.

And the refrain from the Kingston Trio’s Merry Minuet plays in my head: ♫♪They’re rioting in Africa, and Texas need rain.♫♪ I would give you a video clip of it here, but I just have the cheapie WordPress account that kills the advertising, but doesn’t allow me to include videos. Personally, to me, that would be a blessing as a reader, but apparently a lot of you like them.

Snook is on the treadmill, so I get a few more minutes until I start the waffle making this Sunday. Not feeling all that inspired, so it will be plain waffles and turkey sausage. And today I send in the grocery list to the nice people who shop it and deliver it to my porch. I am so decadent.

So that about rounds it out for the day.

3 thoughts on “Morning Grump and Coffee”

How well I remember the Kingston Trio … sigh!

As for grocery delivery, there is nothing like it. Any kind of home delivery is the cat’s meow.

If I never had to drive again that would be OK with me. Doctor’s orders prevent me from driving very far from home. Most places I have to visit are within a 10 mile radius.